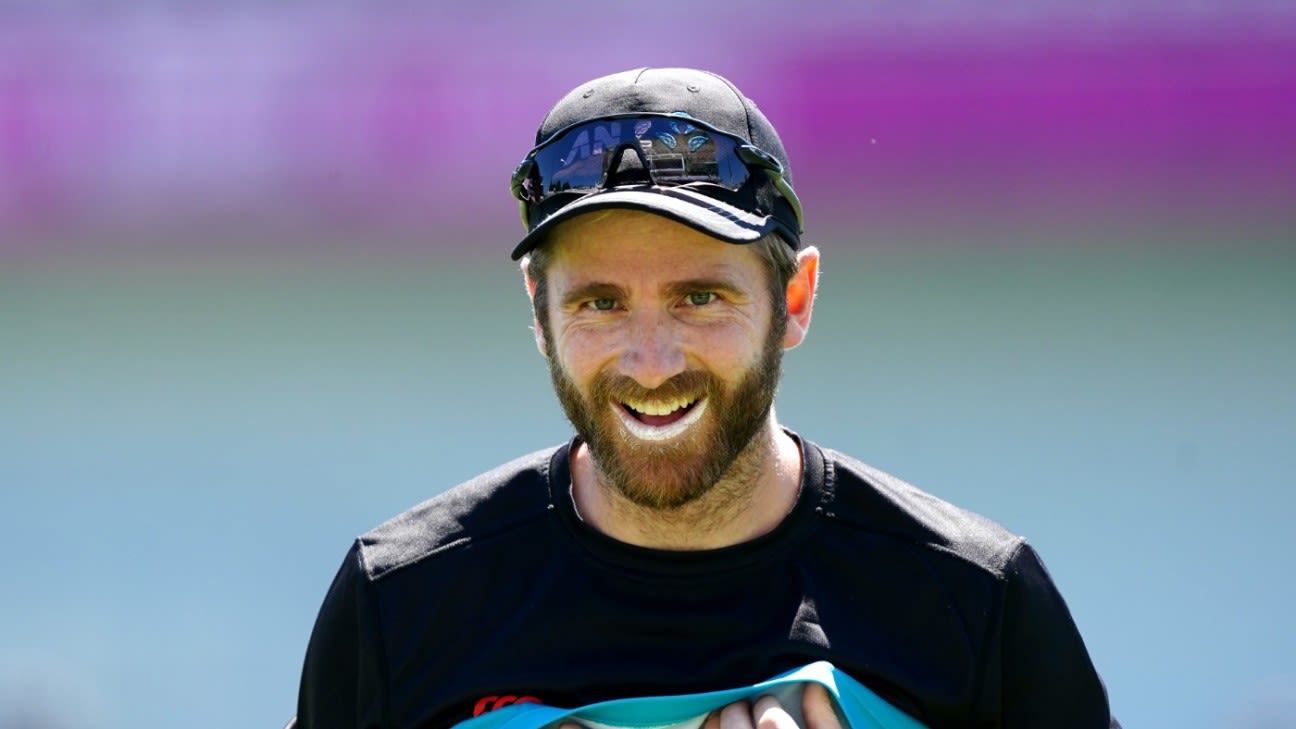 Kane Williamson says he has got over his frustrations at missing out on the Trent Bridge Test because of a positive Covid test, and is eager to get back to leading New Zealand in the third and final Test, which gets underway at Headingley on Thursday.

Williamson spent five days in isolation in New Zealand’s team hotel in Nottingham following his diagnosis, and so missed out on one of the more remarkable Tests of recent vintage, as Jonny Bairstow’s 77-ball century drove England to a series-sealing five-wicket victory despite both teams posting more than 500 in their first innings.

“It was obviously pretty frustrating to miss the last Test through Covid but it’s great to be back in the fold,” Williamson said on the eve of the Headingley Test, adding that he had watched pretty much every ball of the second Test because he “didn’t have too much else to do”.

“It was a Test where both teams put their front foot forward, played some shots, it was fast-scoring and in the balance like the first Test,” he said. “I don’t shout at the TV. I watch and observe, it’s always interesting seeing it from a different perspective, although it wasn’t my preferable place to be.

“It was interesting to watch and connect from the other side a little bit. There was a lot of effort that went into the match. It was an amazing knock from Jonny, and that’s cricket. You do have to applaud the quality England have come in with.”

The aggression in England’s approach is a far cry from the tentative tactics that they adopted in the corresponding series 12 months earlier, which New Zealand won 1-0 en route to being crowned World Test Champions against India at the Ageas Bowl later that tour.

“Their style is theirs,” Williamson added. “It appears to have evolved a little bit. For us it’s focusing on our cricket and finding different areas of the game to target and be aware they are closing to play a different brand that seems to be suiting them. The focus is us and wanting to be better.”

Williamson confirmed that he had endured minor Covid symptoms, including a cold and a fever, during his isolation period but said that his “health hasn’t been too poorly”.

Nevertheless it was the continuation of a frustrating six-month period for New Zealand’s captain, hampered for the most part by a long-term elbow injury, in which he has now passed the captaincy over to his deputy Tom Latham in six of the team’s last seven Tests.

“It’s been an interesting period with injuries, Covid, other bits and pieces,” Williamson said. However, despite suggestions, including from the former New Zealand fast bowler Simon Doull on Sky Sports, that Williamson ought to pass over the leadership on a full-time basis, the man himself was non-committal on the subject.

“The picture of leadership in this side is something I’m very passionate about,” Williamson said. “Certainly I love playing for my country and there are a numbers of leaders in this team that share that passion to take steps forward and become a better side.

“Our focus is to keep getting better. We are up against a strong English side who are always tough to play against. It’s trying to learn from some of those lessons. We’ve had two really good games, they have had some special performances that have driven them forward.”

New Zealand’s hopes in that second Test were hampered by the mid-match loss of their fast bowler, Kyle Jamieson, to a series-ending back injury. Though the squad has been reinforced by two additions, in Dane Cleaver and Blair Tickner, Williamson confirmed that the 13 players in consideration included the remaining 10 members of the Trent Bridge team, plus the spinner Ajaz Patel and Neil Wagner, the fast bowler.

“Both [Patel and Wagner] are in consideration,” he confirmed. We want to have a look at the wicket, and then we will confirm our balance at the toss.”

For Williamson, the Headingley Test is a homecoming of sorts, having spent several seasons as Yorkshire’s overseas pro between 2013 and 2018. The club has been mired in a racism scandal since Azeem Rafiq’s powerful testimony last year, and Williamson hoped that some good could come out of the situation.

“It’s been incredibly sad to see what’s unfolded and I can only hope that something positive comes out of it and the awareness that it’s created to move forward in a positive manner,” he said. “There is no space for racism or discrimination in sport or society.

“I was here for a few brief stints and enjoyed my time at Yorkshire. There were some issues that were made aware more recently and you can only hope that there is healing, and the awareness that is created, there’s positive to come out of it, a lot of improvement in that area and move forward, to make it a more inclusive place whether in sport or other work places.”