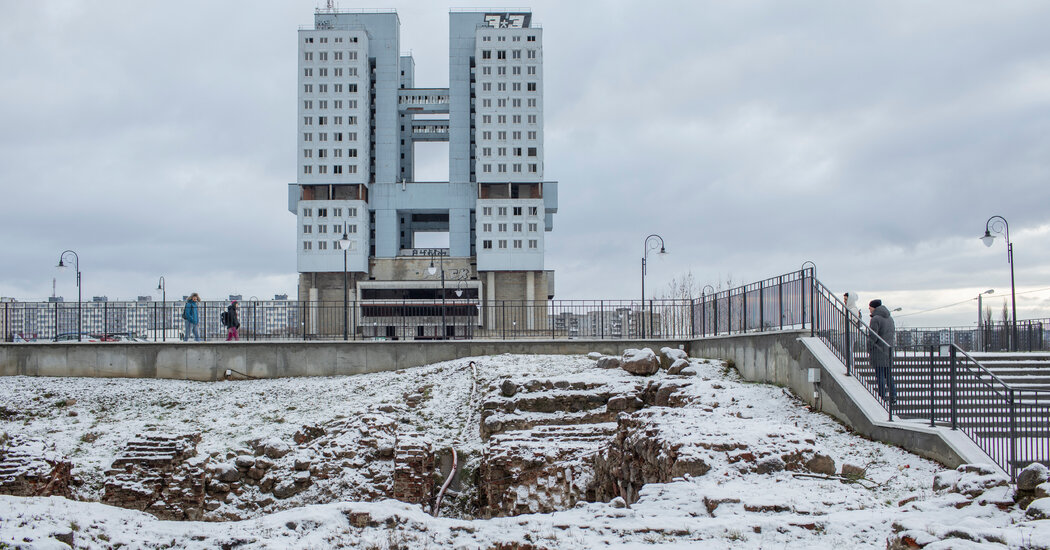 A former American national security adviser once called Kaliningrad, a Russian enclave sandwiched between the NATO members Poland and Lithuania, “a dagger in the heart of Europe.”

Now Kaliningrad, a port city captured from the Nazis by the Soviet Union during World War II, once again finds itself a fault line in a Cold War-style conflict between Russia and the West.

The Russian authorities this week threatened Lithuania with retaliation if the Baltic country did not swiftly reverse its ban on the transportation of some goods to Kaliningrad by rail. The restrictions exposed the geopolitical vulnerability of Kaliningrad, which is Moscow’s westernmost outpost but more than 200 miles from mainland Russia.

A region on edge

Russia’s invasion of Ukraine has stoked tensions in the region, where memories of Soviet subjugation run deep.

As nationalist rhetoric has grown more intense in recent years, Russia has moved advanced Iskander missiles into Kaliningrad, which is on the Baltic Sea. Lithuania’s defense minister said in April that Russia had stationed nuclear weapons in the region, which Moscow denies.

Having invaded Ukraine and deployed its troops to its pliant ally Belarus, Russia has suddenly flexed its military muscle near the borders of several NATO countries, including Baltic nations. Only a thin corridor between Lithuania and Poland, about 60 miles long, separates Russian forces in Belarus from Kaliningrad.

While analysts say that Moscow, already overextended in Ukraine, is unlikely to provoke another war in Europe, any attack on a Baltic state would trigger NATO’s mutual defense treaty. And any attempt to defend them would have to get past Kaliningrad and the missiles stationed there.

Pulled between east and west

There was a time when Russia touted Kaliningrad as a symbol of its links with European culture. In the 1990s, the Russian authorities promoted Kaliningrad’s past ties to Germany to help attract tourists, lauding its role in the life and work of the 18th-century German philosopher Immanuel Kant, who was born and lived in Königsberg, the regional capital now named Kaliningrad. (The Soviet authorities renamed the city in 1946 after Mikhail Kalinin, a Bolshevik revolutionary.)

The city has had other high-profile residents: Lyudmila Ocheretnaya, the former wife of President Vladimir V. Putin of Russia, was born there.

In the immediate post-Soviet era, Moscow tried to reinvent Kaliningrad as its own duty-free Hong Kong. The region sprouted with factories producing cars, electronics and furniture. After the provincial government negotiated visa-less travel to Polish border areas, the Ikea outlet in nearby Gdansk, Poland, became a popular destination for Russians.

But Moscow historically has also sought to obfuscate Germany’s historical ties to the area. In the 1960s, the Soviet authorities blew up a still-standing portion of a Gothic castle to make way for the House of Soviets, a towering building meant to symbolize the Soviet Union’s control over former German territory. Instead, the building was marred by structural defects, was never fully occupied and became a monument of sorts to Soviet failure.

The latest flare-up with Lithuania is not the first time Kaliningrad has been the locus of tensions.

In another episode that same month, a Russian warplane intercepted an American reconnaissance plane at an unsafe distance over the Baltic Sea.