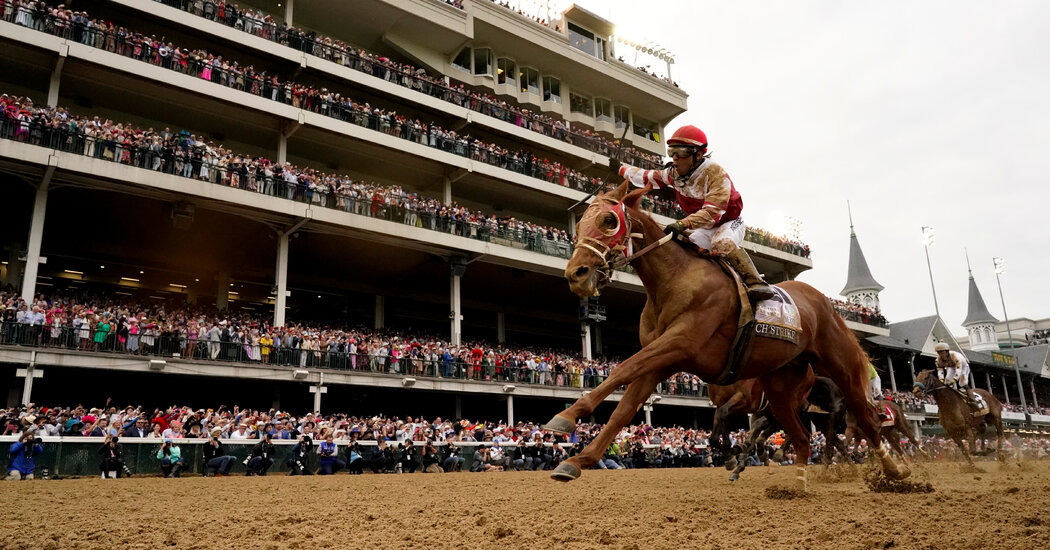 There will be no Triple Crown winner this year after the owner of Kentucky Derby champ Rich Strike announced Thursday that his colt would skip the Preakness and run instead in the Belmont Stakes.

Rick Dawson said Rich Strike came out of the Derby in fine shape but that he and trainer Eric Reed had decided to not push the colt into the second leg of the Triple Crown after only two weeks of rest, especially after winning the Derby (and a legion of fans) as an 80-1 shot.

The colt did not even draw into the Derby field until the day before the race when Ethereal Road scratched.

“Our original plan for Rich Strike was contingent on the Kentucky Derby. Should we not run in the Derby we would point toward the Preakness,” Dawson said in a statement. “Should we run in the Derby, subject to the race outcome and the condition of our horse, we would give him more recovery time.”

Dawson said the plan was perhaps to run the horse in the Belmont Stakes on June 11, but in any event to give him five to six weeks between races.

“Obviously, with our tremendous effort and win in the Derby it’s very, very tempting to alter our course and run in the Preakness at Pimlico, which would be a great honor for all our group,” Dawson said. “However, after much discussion and consideration with my trainer, Eric Reed, and a few others, we are going to stay with our plan of what’s best for Ritchie is what’s best for our group, and pass on running in the Preakness, and point toward the Belmont in approximately five weeks.”

It is unusual for the Derby winner to skip the middle leg of the series and forfeit an opportunity to capture the Triple Crown — the Derby, Preakness and Belmont.