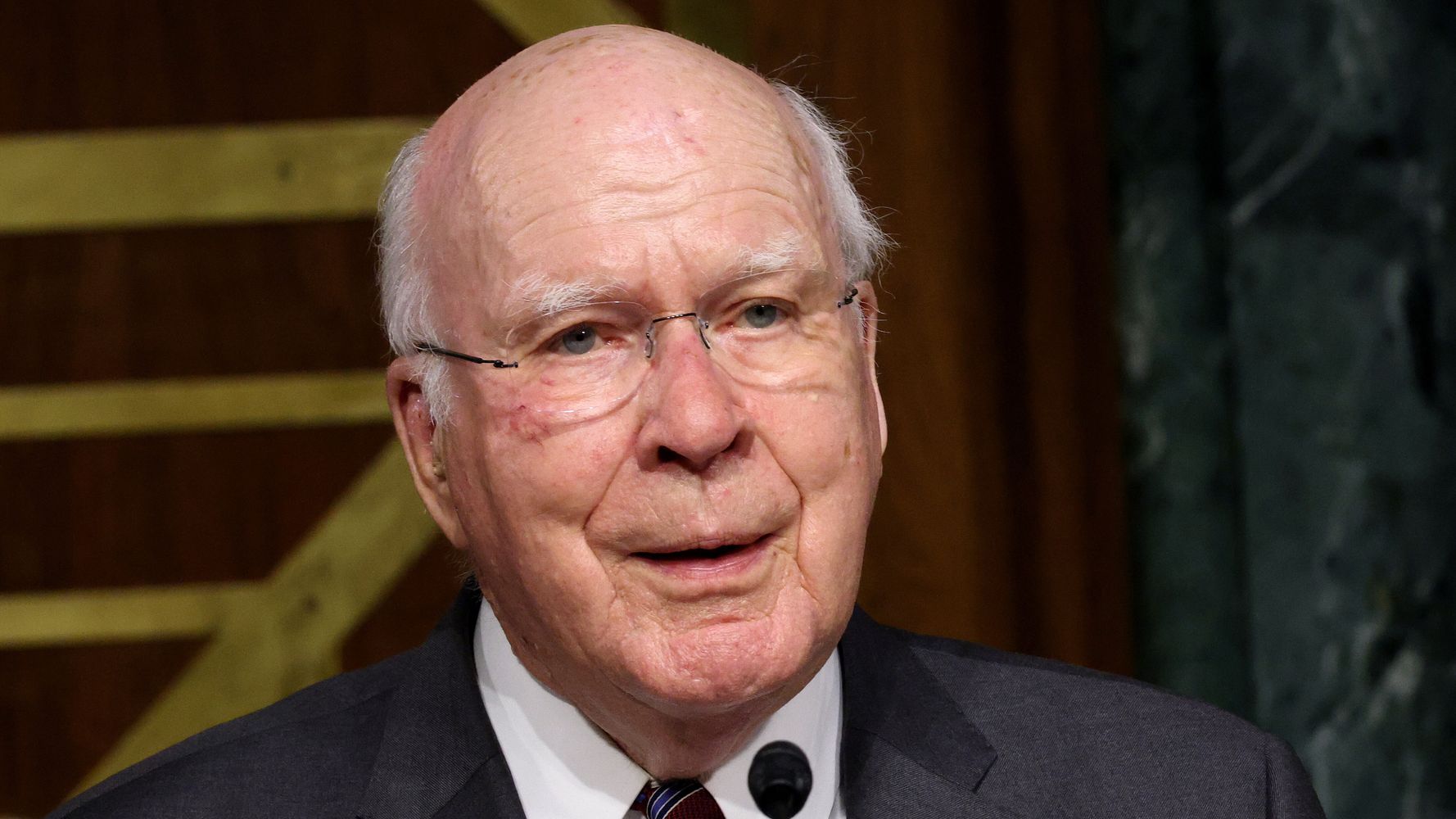 Sen. Patrick Leahy (D-Vt.), the former longtime chair of the Judiciary Committee and the longest-serving member of the U.S. Senate, said Tuesday that it’s time for Native American activist Leonard Peltier to be released from federal prison and go home.

Without hesitation, Leahy, who is currently chair of the Appropriations Committee, answered yes to all of HuffPost’s questions about Peltier.

Do you know who Peltier is? “Yes.”

The Native American activist who’s been in prison? For decades? “Yes.”

Is it time for him to be released? “Yes.”

It appears to be the first time Leahy has urged freedom for Peltier, making him the highest-ranked official in the U.S. government calling for his release. Leahy, who has announced he’s retiring from the Senate, is third in the line of succession to the presidency, just after Vice President Kamala Harris and House Speaker Nancy Pelosi (D-Calif.).

Peltier has been in prison for 44 years for a crime he says he didn’t commit. His trial was riddled with misconduct. Prosecutors hid key evidence. The FBI threatened and coerced witnesses into lying. A juror admitted she was biased against Peltier’s race on the second day of the trial but was allowed to stay on anyway.

There was never proof that he killed two FBI agents in a 1975 shootout on Pine Ridge Reservation in South Dakota. But the FBI needed someone to take the fall. It had just lost two agents, and Peltier’s co-defendants were all acquitted on grounds of self-defense. His trial was also happening as the FBI was trying to suppress the activities of the American Indian Movement (AIM), a grassroots group of activists focused on drawing attention to federal treaty rights violations, discrimination and police brutality targeting Native Americans.

Peltier, an AIM member, was there when the shootout occurred on June 26, 1975. So the U.S. Attorney’s Office charged him with murder based entirely on testimony from people who had been threatened and intimidated by the FBI, some of whom later recanted their testimony.

By all appearances, the FBI is simply waiting for Peltier to die in prison.

Peltier is 77 now and ailing in a Florida penitentiary. He is perhaps America’s longest-serving political prisoner. His story still moves hundreds of thousands of people to sign petitions urging his release. An astounding mix of human rights leaders have called for his release, including Pope Francis, the Dalai Lama, Mother Teresa, Nelson Mandela and Coretta Scott King. Prominent artists including Willie Nelson, Bonnie Raitt and Rage Against the Machine have held concerts in his name. Elected tribal leaders and the National Congress of American Indians have passed resolutions urging clemency.

Even the U.S. attorney who helped put Peltier in prison wrote to President Joe Biden this summer urging him to grant clemency.

“I write today from a position rare for a former prosecutor: to beseech you to commute the sentence of a man who I helped put behind bars,” former U.S. Attorney James Reynolds said to Biden in a July letter. “With time, and the benefit of hindsight, I have realized that the prosecution and continued incarceration of Mr. Peltier was and is unjust. We were not able to prove that Mr. Peltier personally committed any offense on the Pine Ridge Reservation.”

With Biden in the White House, Peltier’s supporters say they feel a renewed sense of hope that Peltier may have a shot at living out his final years as a free man.

A White House spokesperson did not immediately respond to a request for comment on whether Biden is considering clemency for Peltier.