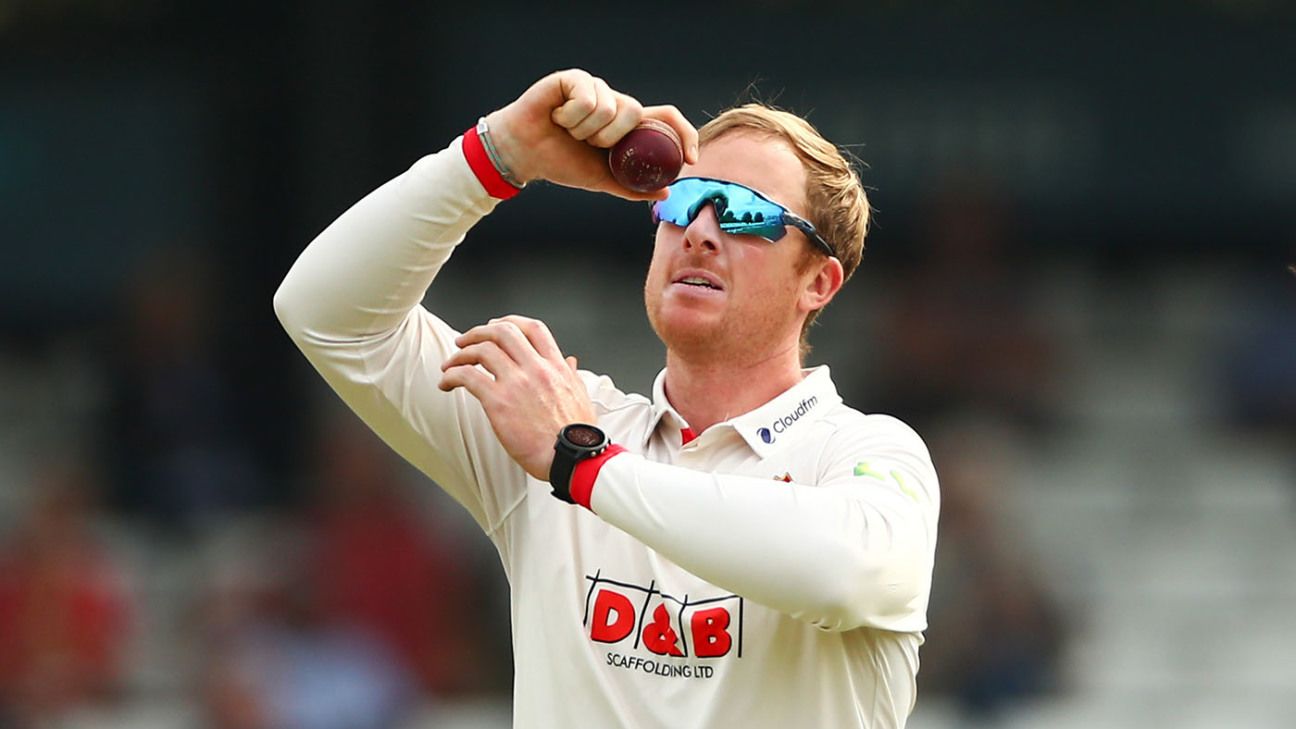 Simon Harmer took his LV= Insurance County Championship wicket tally for the season to 49 as Essex maintained their top spot in Division Two with victory by an innings and three runs over Gloucestershire.

Off-spinner Harmer returned 4 for 78 as Essex claimed the five wickets needed on day three before lunch – with Gloucestershire bowled out for 197.

Essex have won both their Divisional stage matches by an innings, having previously thrashed Glamorgan.

Sam Cook dragged Tom Lace outside off stump and caught an edge to the bucket hands of Harmer at second slip with the 11th ball of the morning. Ten balls later, Cook struck again with a fullish delivery to strike Graeme van Buuren on the pads.

In the following over, Chris Dent bravely attempted to leave Harmer – who had been getting significant turn and bounce – only for that delivery to cannon into middle and off.

Ryan Higgins and Zafar Khan wobbled Gloucestershire off 134 – with the former finding fluency with four fours and a six. Zafar also found the boundary four times on his way to 24 during a 78-minute partnership with Higgins, worth 54. But Harmer eventually ended the stand when he snared an outside edge off Zafar to Alastair Cook at first slip.

Victory was wrapped up at 12:18pm when Higgins was run out attempting a second run by Shane Snater at square leg.