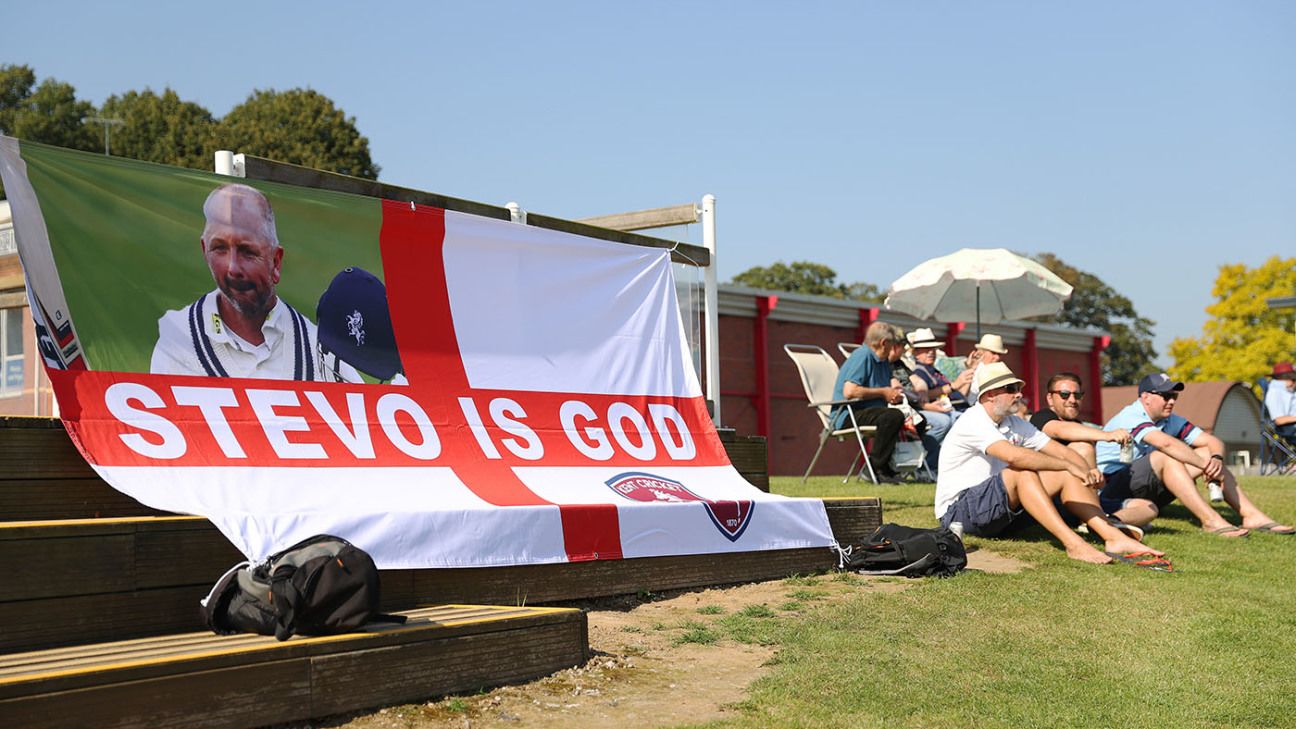 Stevens, Gilchrist, Stewart claim three wickets each as visitors lose by an innings and 56 runs

Kent have beaten Worcestershire by an innings and 56 runs on day three of their LV= Insurance County Championship match at Canterbury, after dismissing the visitors for 204 in their second innings.

Joe Leach showed some defiance with 49 not out after Ed Barnard had hung around to make 44, but the visitors were left to rue their failings on the first two days, when Kent dominated throughout.

The St Lawrence ground was drenched in sunshine and Kent fans unfurled a “Stevo is God” flag before the start of play, in honour of 45-year-old all-rounder Stevens, the county’s leading run scorer and wicket-taker this season.

Worcestershire resumed on 91 for 6, still 169 behind and Ben Cox was the first man to go, lbw to Matt Milnes for two in the fourth over of the morning session.

Barnard and Leach put on a partnership of 56 for the eighth wicket, but after holding out for 92 balls the former was lbw to Stewart.

Josh Baker made just a single before Stevens sent his off stump cartwheeling and despite a last-wicket stand of 36, the victory was confirmed when Dillon Pennington edged Gilchrist to Zak Crawley at first slip for three, five minutes from the scheduled end of the morning session.